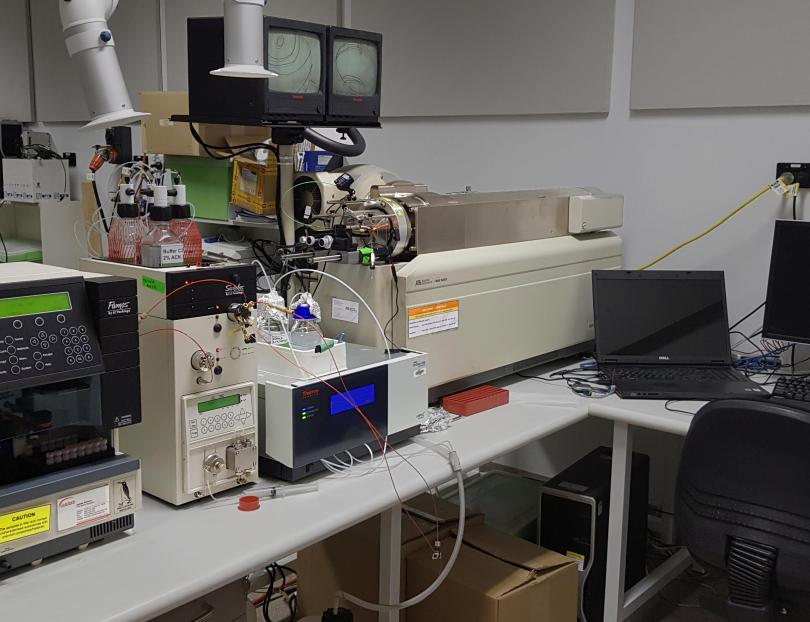 This is achieved via the use of the first and third quadrupoles (Q1 and Q3, respectively) as mass filters, whilst the second quadrupole (Q2) is utilised as a collision cell in which precursor ions undergo collision-induced dissociation to produce fragment ions.

The ABI 4000 QTrap is a hybrid QQQ/linear ion trap mass spectrometer, to which both 1D and 2D nano liquid chromatography (LC) separations can be interfaced. This instrument allows the array of scan types available in a QQQ setup to be exploited, with increased functionality obtained via linear ion trap mass analysis.